2 men, including associate of rapper DaBaby, arrested after shooting on South Beach 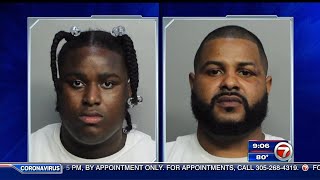 2 men, including associate of rapper DaBaby, arrested after shooting on South Beach

Police have arrested two men less than 24 hours after a shooting that happened near a popular restaurant in Miami Beach put two people in the hospital.

Miami Beach Police announced the arrests of Wisdom Awute and Christopher Urena on Tuesday after a Monday night shooting near Prime 112, in the area of Ocean Drive and First Street.