by Admin
in Performers
45 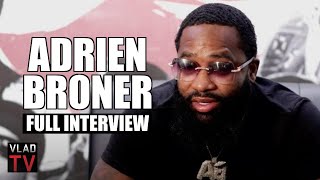 In this VladTV full interview, Adrien Broner sat down and spoke about a variety of topics. The boxer laid out his life story, and highlight important moments in his life and career. Broner talked about his upbringing in Cincinnati, starting to box at 6, and various fights in his career.

Broner also talked about where believes the tension between him and Floyd Mayweather stems from, saying it happened when he didn’t sign to TMT. From there, Broner talked about setting up a fight between Soulja Boy and Chris Brown, someone shooting at him, and how his fight against Pacquiao was his biggest bout. Watch above.