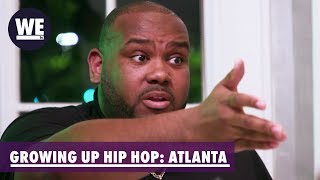 Waka Flocka has had it with Brandon’s fireman lies!