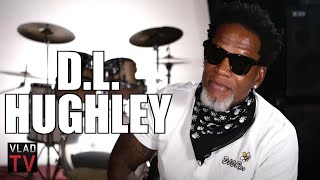 Part 19: https://youtu.be/IR3DwEH9fAQ
Part 1: https://youtu.be/y322riuhy2E
——–
In this clip, D.L. Hughley starts out by speaking about knowing that he didn’t have it in him to kill another person after hearing a fellow Bloods member laugh about killing someone. He explained that he later realized that the person was a sociopath, and D.L. believes that it’s likely that at least one of the people who killed Pop Smoke is a sociopath. The discussion led to a debate between Vlad and D.L. about killers being sociopathic versus being something that people are trained for and taught at a young age. Moving along, D.L. spoke about having an ‘us versus them” mentality growing up, and he added that he didn’t think white people lived in L.A. because he never left his neighborhood.