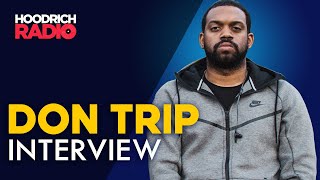 Don Trip stops by Hoodrich Radio with DJ Scream & Moran tha Man to talk about what he’s been up to, the pros and cons of signing to a major label, how to thrive as an indy artist, new music, fatherhood, & more!