Mob James on Charleston White Incident, Both of Them Had Guns (Part 2) 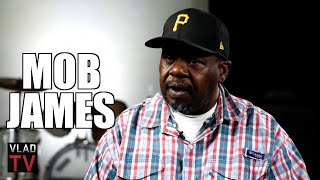 Mob James on Charleston White Incident, Both of Them Had Guns (Part 2)

Part 3: https://youtu.be/sauTPIF7N9s
Part 1: https://youtu.be/kPDo07xyLlY
——–
In the latest clip, Mob James reflected on his verbal altercation with Charleston White during a recent podcast appearance. He said he drove to Texas after Charleston’s co-host asked him to speak with children and appear on the podcast. James noted that he and Charleston were carrying pistols during the episode and claimed he had previous conversations about Charleston White’s comments regarding gang culture. Throughout the clip, Mob James spoke out against Charleston White’s disrespectful comments towards gangs and deceased gang members.

I Got All Three Migos In Superstar KO & They Are Unstoppable!

I Got All Three Migos In Superstar KO & They Are Unstoppable!