China Mac: If You're 60 Just Stay Home, the Revolution is Not for You (Part 3) 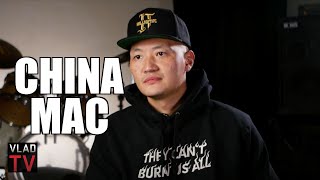 China Mac: If You're 60 Just Stay Home, the Revolution is Not for You (Part 3)

Part 2: https://youtu.be/63GutZ2F0Xs
Part 1: https://youtu.be/boEVtheKO74
——–
In the latest clip, China Mac commented on the attack on the U.S. Capitol. He theorized that there will be more incidents similar to the attack before comparing police presence during the Capitol riot to the police’s response to various Black Lives Matter protests. China Mac also reacted to the multiple deaths that occurred during the attack as well as the unlikeliness that Trump will be impeached.