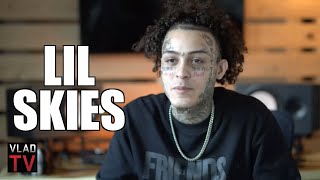 Part 8: https://youtu.be/_QJ3n06Dio4
Part 6: https://youtu.be/t7HxOPoWLRg
Part 1: https://youtu.be/-8BrhiRz10Y
——–
In this clip, Lil Skies opened up about dropping his debut album, “Shelby,” which he named after his mother. The lead single on the album, “I,” ended up being one of his biggest songs of all time, followed by hits like “Breathe” and “Burning Memories.” Moving along, Lil Skies spoke about having a son at 21, just a couple of years after his dad had a child. He also detailed working on “Havin My Way” with Lil Durk and people saying that he has changed up his sound. To haer more, including Lil Skies address having anxiety and paranoia, hit the above clip.